Viewing: The Journey Within - View all posts

I’ve always considered myself a regular guy - nothing special.  Ask any one of my closer friends, and they’d agree with that statement.  I don’t have an ego, and I’m pretty much one of the most humble guys you’d ever know.  But after writing up that new bio the other day, I felt nearly every moment I’ve had during my career again, and it was hard to not want to put everything I was feeling into it that could easily have ended up being more than just the 6 pages it became.  I had actually gotten a little over 5 that morning, and by the time I got back home from work to do some editing on it, it grew to over 6.  I really wanted to add more to the 1995 CMA story, as well as the 1999 trip and the Stars Over Texas show - 2 things I’d forgotten to mention but added the context of just how lucky I was and how the odd things just kept happening, almost completely at random.  Like the fatefulness of the things that shouldn’t have kept on happening to me, but did, for a while it just seemed like the universe just kept on intervening.

I had another several of those moments over this past weekend when I felt compelled, almost by instinct and intuition, that it was necessary.  I’m certainly not making the same kind of money I was at this point last year, so spending money on new clothes wasn’t in the budget.  But something inside me just told me that everything was going to be ok, and I just needed to be there.  James White was an Austin icon, and although I can only count on a few times of performing at the Broken Spoke, the stories I can tell from just being there, being close to the people there or just absorbing the history of it couldn’t be dismissed in the hundreds of times I was there.  There’s so many amazing stories that could literally fill up the entire venue to the point of it bursting at the seams, and I can only tell a few.  No one who has ever been there can tell you of all of the times where Mr. White and just being there was nothing short of magical.

The job I had for the last few years had taken me away from so many of my musical extended family in Austin that I wasn’t even sure if anyone would remember me all that well.  That and the fact that most people’s faces, including mine, were hidden under masks, sunglasses and cowboy hats.  I was also attending by myself didn’t make things much easier when emotions were getting the better of me.

I don’t do well at wakes, and couldn’t make it over to the viewing last Thursday, so I thought I was able to get around not seeing him.  The casket, however, was open when I got there, so the last image my mind’s eye will see is of him in that state.  I went and gave Annetta a hug, and turned over to James to pay my final respects.  My spiritual side has, admittedly, been taking a lot of blows over the years, but I was compelled to take off my hat, bow my head and say a silent prayer for the man who was now lying before me.  No one was watching me, and everyone deals with death in their own way, even though less than 24 hours prior, I felt I needed to get a shirt I couldn’t afford, a haircut I could’ve waited on, and clean a hat I hadn’t worn in ages.  I wiped away the tears that had welled up in my eyes, and walked around to find a recognizable face to share my sorrow, but that wouldn’t happen until after the service was over.

Today was another one of those times where I felt close to greatness, but still was in awe of how I came to be there.   The energy of the environment was all around those of us who were in attendance at the White Family Ranch.  A lot of the names that are easily recognizable were there, but I don’t think it’s necessary to drop them since the day wasn’t about them, but rather for the White family and the loss of their patriarch.  There were plenty of anecdotes, stories, tears, laughter and songs throughout, even during a time where we’re all not entirely sure how to show grief, hugs and sympathy at 6 feet away while wearing a mask.  Also, as a surprise to the family during the ceremony, the owners of several Nashville bars (including Ernest Tubb’s Record Shop) presented Annetta with a long-lost hat that ET, himself, had worn which was to be donated to the ‘Tourist Trap’ at the Spoke.  I’ve, long, been a fan of Ernest Tubb and loved being present during that moment.

But somehow, even through it all, being around my friends, peers, fellow musicians, and people who were all there to honor a true Austin icon felt like home to me.  I hadn’t seen many of these people in years, and it was like no time had passed at all.

Remember when I said a few weeks back where you can just feel the energy pouring through you?

Those times are rare these days, and I’m profoundly grateful to have had that opportunity again today.

As I close this entry, the resounding theme of the service was very simple.  Many people have been concerned about the future of The Broken Spoke, now that Mr. White has passed on. He may be gone, but one of the last True Texas Honky Tonks will go on, so long as the rest of us show up and visit often.  Austin, Texas may be changing, and the Spoke will endure if we all do our part to keep it that way.  So, go and check it out soon, if you haven’t already.  You’ll be glad you did.

RIP and Godspeed, sir.  Thank you for so many memories. 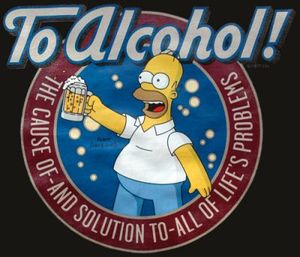